Whether you love him as Slade Wilson/Deathstroke in Arrow – or as Crixus from the sword & sandal epic series, Spartacus – you may be excited to know about actor Manu Bennett’s upcoming project, Death Race 2050.

Manu is currently filming in Peru, alongside Malcolm McDowell, in this remake of the 1975 cult action movie, Death Race 2000, originally starring David Carradine and Sylvester Stallone. Manu will be taking on the role of Frankenstein in this 21st century revamp. The movie is expected to be released later this year on DVD and on demand so look out for it.

If you can’t wait that long, Manu can currently be seen in MTV’s fantasy series The Shannara Chronicles as the druid, Allanon, alongside Austin Butler and Ivana Baquero. Happy days! 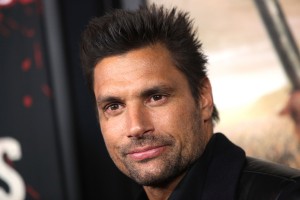