Jayne, Lucas and I discussed Comic Con. Jayne said she’d be up for it. So I asked her if she understood what Comic Con is now and she defiantly answered “No!” Hilarious!

Eric‘s attendance was short but sweet. He had told us earlier that he’d been really busy with his business ‘Electric and Rose’ meaning late night calls and understandably he was pretty tired, but still smiled for the ‘paparazzi’ and thanked the fans as we thanked him back. A decent gent, it was really nice to see him one last time before our departure. 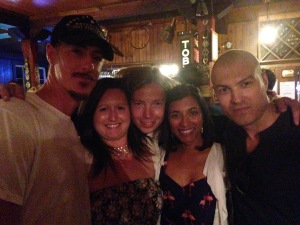 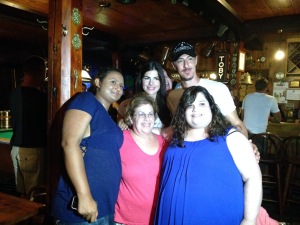 Laurence, Rob and Lucas spent a bit playing pool – with Lucas clearing up in no time.  Apparently he learned to play when he stayed in a place with a nearby pool hall. Another one of his many talents! 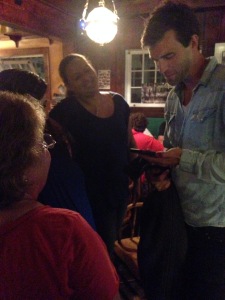 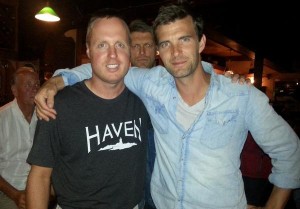 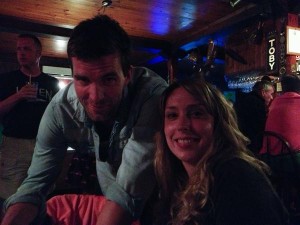 Though I did take a couple of videos of the room, I later lost these with a little iphone disaster, but it mainly consisted of Jayne shouting ‘We’re having fun in Chester!’ and thanking the fans – very sweet 🙂

A few spoilers were shared but then soon forgotten with the drinks flowing. I must apologise to those who attended for my slightly wonky state – and for hogging Adam somewhat :{. I blame it on a Nova Scotian rum drink called a ‘Dark and Stormy’ I discovered that night – try it at your peril! But it was great getting to meet the other fans and hear their experiences: 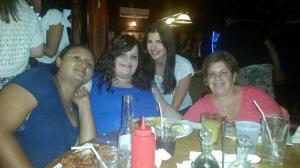 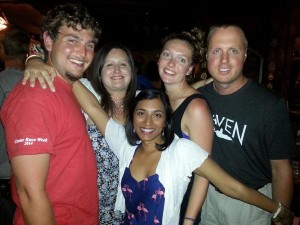 Kelly got the cast to sign her amazing caricatures. “Jayne and I had a brief conversation about artwork and shared pics”. 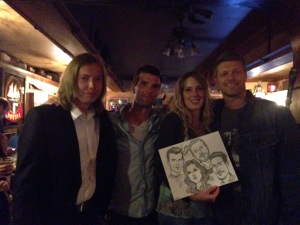 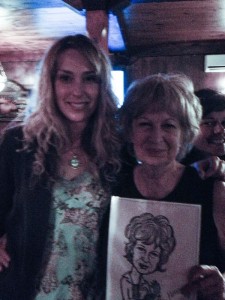 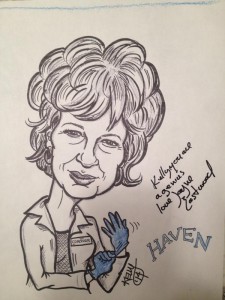 Justine said “the party was great and the girls had a great time. Jayne was the highlight of my night as she was the most excited and delighted to meet and talk with each fan” 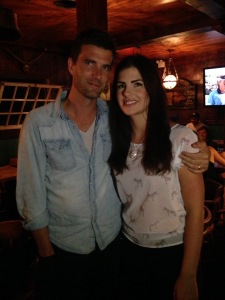 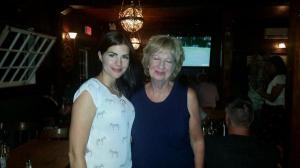 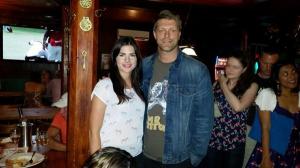 Rachael told me: “It was awesome. Everyone was so friendly and so kind. We talked with Lucas about bringing the vest back LOL. It was great meeting you guys from the UK.”

Rachael: “The paparazzi comment was because of all the flashes. [Lucas] was like ‘Don’t you feel like we are being paparazzied?’ It was really cute. Hence my reaction.”

Laura: “Ok so I’ll share the story that makes me sound less creepy lol.  At one point Rachael, Justine, my mom, & Kelly were encouraging me to get more pictures with Lucas.  I jokingly I said in my best Valley girl voice “Um, I have like 75 pictures of me & Lucas,”  I immediately hear him laughing from behind me.  I turned probably blushed as hell & he mimics me.  I think I said something like I keep forgetting you aren’t in Photoshop right now.  He is the most adorable man alive.

Jayne Eastwood was just as awesome..very personable and told me I was adorable.  I think we’re best friends now I’m not sure.” 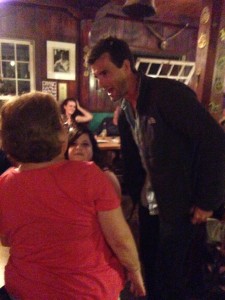 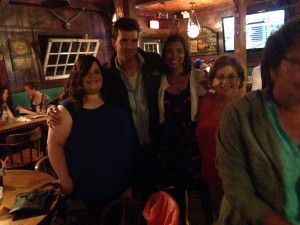 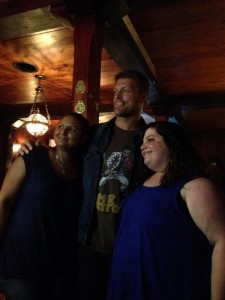 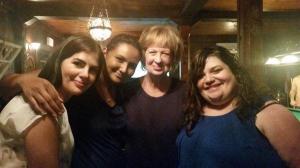 Laura: “Another reason Lucas is awesome is I was really concerned my mom would miss Eric because he was shooting late & wouldn’t be on set Monday and he ended up texting him to come..it made my mom’s trip..she went up to him and said I love you..without missing a beat he said I love you too.  Special night..special cast.”

Chad was flying the Haven flag wearing the official T-shirt. He had met the cast before as he’d worked on Haven as an extra but he was still pretty excited to meet everyone and took some great pics: 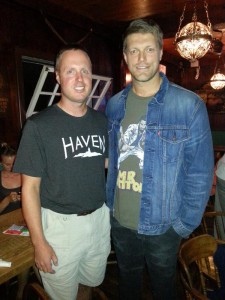 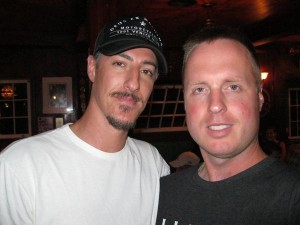 Thanks to Jackie and her team at the Fo’c’sle who helped make the party happen.